SUMMARY OF THE COLLEGE
Government Kamalanagar College is co-educational Degree College. It is located at a degree of 22"37'22.0 North and 92"37'43.5 East latitude of Kamalanagar, Chawngte, Lawngtlai District, Mizoram, it is the Headquarters of Chakma Autonomous District Council (CADC). The area is inhabited by the tribal people. The area is Tribal belt, as enshrined by the Sixth Schedule of the Constitution of India.
Bounded by 318 km of Bangladesh in the West, and 404 km of Myanmar in the south, this Tribal inhabited area is mostly populated by the Chakma (the Scheduled Tribe), and other tribal minority’s viz., Bawm (Mizo), Pang (Mizo), Tlanglau

(Mizo), Reang / Bru and few other sub-tribes. This college is mono-Institute where Under Graduate Art stream was taught since its formation.

Government Kamalanagar College (GKNC) is started by some aspire educationists of the area on the 4th April, 1992. In order to ensure higher education in the campus, newly passing-out youths were given direct admission for Higher Secondary or 10+2 standards for few years of its inception. Atthe initial stages, all the teachers and the administrative staffs were under the administrative control of the College Managing Board, where the principal was ex-officio secretary.
Subsequently, Mizoram University (MZU) has granted ‘Permanent Affiliation’ (Vide No. MZU//CDC/1/19/09/380) on 30th July 2009 and the UGC (University Grants Commission) gives recognition under 2 (f) and 12 B of the UGC Act, 1956 on 30th July 2010 (Vide F.No.8-271/2009 (CPP-I/C) Dt.30.07.2010). 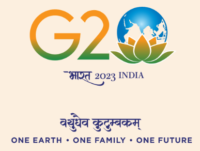